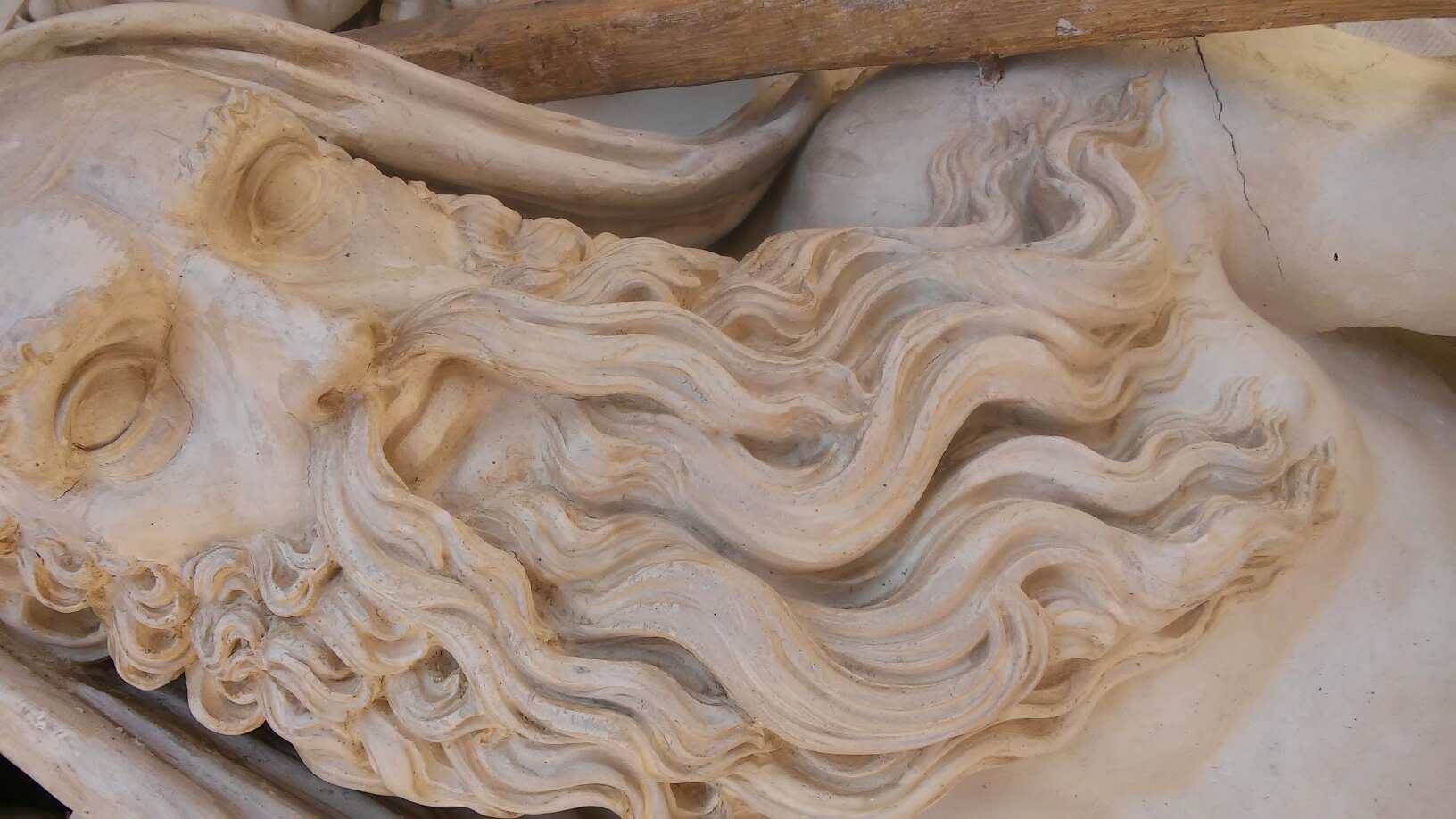 Within ancient Rome, the most popular garment was the tunic, which constituted two types of clothing, always falling into the category of tunics: the “subtucula” and the “tunica exterior”.

While the subucula was a type of underwear, often made of wool or linen and kept under the exterior tunic, the exterior tunic was instead worn and visible externally, as is easy to understand from the name of the garment itself.

The exterior tunics could be made of wool or linen (the latter was used for Roman tunics mostly starting from 400 BC – about 300 BC); in any case, it happened that in more formal situations the tunic was not used but rather the toga, under which one or more tunics were placed.

The Roman female tunic and the Roman masculine tunic

Of course the Roman tunics differed according to different types and styles, especially about the sex of the wearer: for example, the female tunics were usually wide in sleeves while the men usually wore tight sleeves for the tunic, especially if they were workers, and tight towards the bottom.

According to the Roman traditionalists, those who dressed in particularly long togas showed little virility, as well as the lack of something to tighten around the waist and those who wore long sleeves up to the end of the forearm.

However, the fashion changed over time and it happened that the less tight tunics were adopted for convenience by some Romans from time to time; for example, there is a discussion about the possibility that Julius Caesar would occasionally wear loose-fitting tunics, even though Julius Caesar was not strictly a homosexual. or so it is assumed. Later on, over the years, the long-sleeved tunics would also be worn by the male gender.

In some things Roman clothing had points in common for both men and women: in fact, it was allowed for both sexes to wear more tunics under the “exterior”, to better withstand the heavy frosts and harsh winters.

The tunics therefore normally had to be made up of two pieces of fabric, sewn together and shaped in such a way that when worn, the back part (back and bottom) was long at least to the knees, while the front part (face and chest) had to stay slightly shorter; for a social question the men’s tunic could never be too long, while the tunics of Roman women could reach the heel.

The materials with which the ancient Roman tunics were made

Usually the tunics consisted of a single strip of fabric, tending to the cylindrical shape and worn similarly to the Greek chiton, which however had no sleeves, to resemble it in some cases in the eastern part of the Roman Empire. With the advance of time, other types of fabric were also adopted, made available by trade with the East, such for example with China or with India, particularly during the imperial age some Romans with ample wealth would have succeeded to dress even in cotton and silk.

As already mentioned, in case of need the tunics were worn in a greater number of layers, or even combined with other clothing, often accompanied by gloves. It is said that, for example, Octavian Augustus, according to the writings of Suetonius, used to suffer from the cold during the winter, and for this reason he preferred to wear under his toga, up to four intimate tunics (therefore of the subucula type), as well as a wool sweater, a sort of shirt and strips of various material wrapped around her legs. Suetonius also recounts a curious anecdote: Augustus would not have been a strong lover of the sun, so much so that he used to wear, along the colonnade and the courtyards of his various residences, a sort of covering for the head (there were also felt hats).

The tunic of Roman soldiers